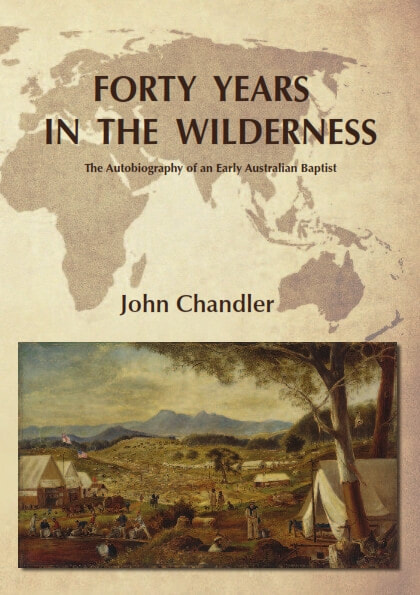 Forty Years in the Wilderness. The Autobiography of an Early Australian Baptist

In 1849 a party of Strict Baptists from Brighton in the south of England, already formed into a church with a pastor and deacons, set sail in the barque Harpley for a new life in the Melbourne district of Australia. Among them was the eleven-year-old John Chandler. In a gripping account, written well over forty years later, he recounts his life in this often harsh new country, as he and his family literally struggled for survival. He tells of the Lord’s preserving care through many hardships and narrow escapes from death, and how he was called by grace out of the drunkenness and sinful ways into which he had fallen. He also describes the development of the colony of Victoria, the gold rush of the 1850s, and something of the history of the Baptist churches in and around Melbourne during the latter half of the nineteenth century.