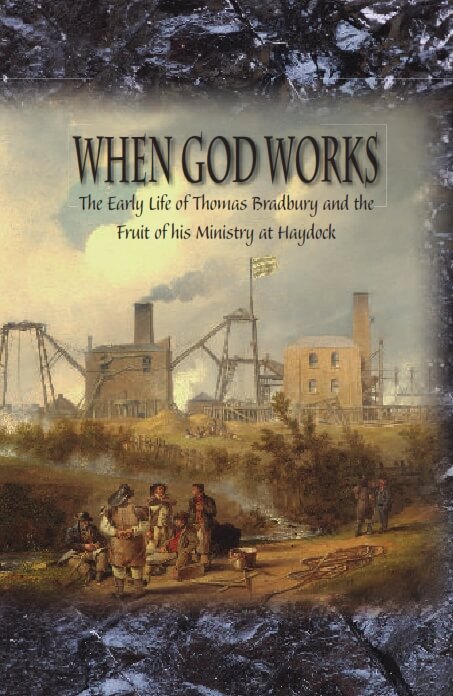 The Early Life of Thomas Bradbury and the Fruit of his Ministry at Haydock.

For many years Haydock in Lancashire was largely dominated by the coal mining industry, and in early 1859 the owners of some of the coal mines there applied for a missionary to work among the colliers. A young man called Thomas Bradbury was chosen for this work, with no formal theological training, but deeply taught of God in his own soul. Mr. Bradbury's work was to visit others in their cottages and to set before them the truth of God Word, and to hold meetings, often in the open air. As the months went by he saw that God was marvellously blessing his labours and he wrote several gracious accounts of how God had turned sinners “from darkness to light and from the power of Satan unto God,” which were afterwards published. Among his friends was a couple called John and Ellen Turton, and God was pleased abundantly to put his stamp of approbation on Mr. Bradbury's work by calling by grace every one of their children.. One of these children, James, had gone to work in the coal mines from an early age, and learned many evil ways and was a continual grief to his godly parents. But in the midst of a drinking frolic, caught, and in the act of planning to murder the officer who had arrested him, God intervened and stopped him. In due time he was brought to love Thomas Bradbury, the man whom he had despised, and the unity of spirit which bound them together was never broken. Many years later James Turton wrote his own account of God's marvellous dealings with him which was published under the title of 'Turton's Pillar'. This book tries to link all these things together. It gives an account of Thomas Bradbury's early life, the accounts which he wrote of many of those who were called under his ministry, and the account too which James Turton wrote as an independent witness of what God accomplished through Mr. Bradbury. We can wish no greater favour than that God's blessing may rest on the republishing of these accounts as it did on Mr. Bradbury's ministry at Haydock.